How to Organize All of this Information

If you were going to do something similar on paper, each row of the spreadsheet would be like an index card.  There would be an index card with each planting on it and all the corresponding yield, planting, seeding, and seed order information. You could rearrange the index cards by planting date, or by crop, or by variety, or by seed company to order from, etc. but it would take a bit of time considering there would probably be hundreds of them. With the computer you can just sort the rows depending on how you want to use them.

Once I’ve gone back and forth a few times between the harvest plan, the planting plan and the maps to make sure that it all fits and makes sense I’ll consider the plan solid and I’ll start breaking the information apart into separate sheets that are useable to make the seed order, to create a bed preparation schedule, a transplanting schedule, a direct seeding schedule a greenhouse seeding schedule and a harvest record sheet.

Computer spreadsheets allow you to reference selected information from other sheets in creating a new sheet, and to combine those pieces of information with new information.  The first sheet I usually create for myself is the seed order.  For this sheet I pull out only the information I need to make the order and then I sort the sheet by seed company so that all of the orders are separated for me.  At that point I simply have a list that I can read down for each separate seed company, and I have all of the order numbers and prices to compare as I go.  I make notes on a print out as I go to keep track of back orders or items that aren’t available so that I make sure to order those from other companies, or so that substitutions are noted in the planting plan.

The rest of the sheets that I make are designed to include the information that is needed only for the task being performed (e.g. direct seeding, or greenhouse seeding), and I also include blank columns next to numbers I want to have records of.  I make sure that the information on the sheet can be printed out on a single sheet of letter sized paper, without any of the row flowing over onto a separate sheet.  That way all of the information for a planting is contained on one line and is easy to see in a glance. For example, when the planting crew goes out into the field, they have a clipboard with a sheet that tells them the crop, the variety, how many trays they should have gotten from the greenhouse, what the week of the planting should be, what field the planting is going into, how many beds are to be planted at what spacing, and any additional notes.  The sheet is sorted by date and field so that all of the plantings for the week are grouped together, and within a particular week they are grouped by the field they are going into.  There are also blank spaces that the crew fills in after planting to note what day the crop was actually planted, where it was planted, and then they can also note any changes to the information given.  These sheets are both the to do list and the record sheets indicating not only that the task was done, but also when and how.

This entire process is not a short one.  Plans often include 400-600 separate plantings in one season.  Even when it’s just being edited from a previous year and not created from scratch, I give myself two full weeks of sitting in front of previous years’ records, a computer screen and lots of seed catalogs to complete the process.  Usually that two weeks is spread out over a month or two.  Here in the Northwest I like to do my planning in November, hoping to finish before the New Year and have my seed order in by early January.  We start seeding in the greenhouse in late January so it’s easiest if I’m all done by then and the seed is already arriving.

With the plan finished and printed out on paper, I pretty much leave the computer spreadsheets behind for the season and work entirely off of the print outs that I make in January.  Even though there are frequent edits to the plan over the course of the season due to weather, labor, and unforeseen pest issues, having a plan saves an incredible amount of time during the actual growing season, moving a chunk of the decision making to the “off” season, when there’s more time to think decisions through.  Further, on a farm where you, as a manager, have to pass on all the details to a crew, or crew leaders, having those details spelled out in a standard format that they can easily access saves a lot of communication time, and makes tasks clearer.  When the crew is good at keeping records it is easy to see what has already been done, and what is still remaining to be done, just by glancing at the combined to do/record sheets.

I’ve taught a number of people to use this system over the years.  My partner, who now manages one of the farms that I used to work on, was one of those people and she told me it took her two or three seasons of going through the process to really understand the details.  Another advantage I see to creating such detailed plans, especially in conjunction with good record keeping, is that it accelerates the learning process for how to plant out the farm successfully.  At this point, after many years of farming I might be able to plant out the farm from shear seasonal muscle memory.  When I was first starting, there was no way I could do that, and so creating the plan in the off season gave me a real head start to understanding what I needed to plant, how much, and when.

The following is a cheat sheet of features I find useful to understand in computer spreadsheets that I’ve created for workshops that I teach on my crop planning method.  Learning how to sort effectively is the one other essential skill not mentioned below.

Formulas I use in crop planning

Wholesale with confidence by calculating your unit cost

Where my wife and I farm on the midcoast of Maine, there is a general sentiment amongst diversified growers that the traditional market channels we’ve relied upon - farmers markets, CSA’s, coops, and farm to table restaurants - have become increasingly saturated and competitive. This is a sentiment that is shared by many of the farms whom I provide business counseling to as well. More farms have sprouted up - something that, in theory, most people want to support - but demand within the high value markets has not increased commensurately. The result is that sales have dipped for many, marketing costs have increased, newcomers are finding it increasingly hard to get established, and feelings of competitiveness, anxiety, and unwillingness to share information are on the rise.

Over the last three years, I’ve been involved with a new experimental farm in my province of Quebec. At my farm, La Ferme de Quatre Temps, I was asked to design and create a training farm where some of the strategies described in my book The Market Gardener could be expanded upon and scaled up. A big part of the mission was to find ways to increase efficiency for the small-scale market garden. Here is a list of five new tools that have changed the way I farm.

Calculating how much to grow

Planning is a cyclical process, and tweaking the plan for better results is an annual task. However, if you are starting from scratch, or if things are going really wrong, where should you start in planning your enterprise? 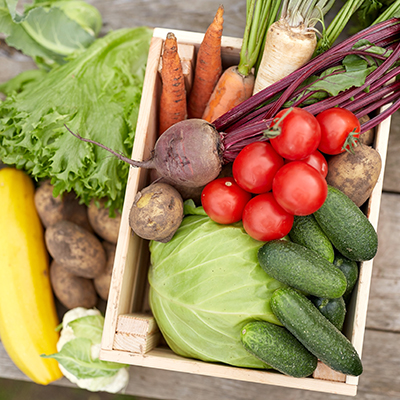 How we figured out our most profitable crops

This past growing season, we endeavored to learn the relative profitability of each of our crops.  It seems that farmers who can identify their most profitable crops (and especially their least profitable ones) are the farmers who succeed and thrive - and we want to join that number!

Feeling a little overwhelmed? Is the needle on the stress-o-meter topped out?  Need one more thing to do this month? It’s been a busy season up until now, and yet there are still several months before work slows down. Mid-season blues are common this time of year; here are some thoughts on the subject. 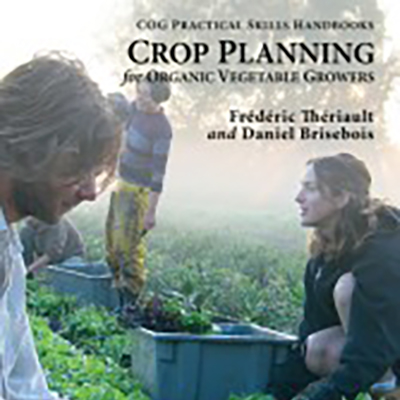 Crop Planning for Organic Vegetable Growers by Frédéric Thériault and Daniel Brisebois, just published by Canadian Organic Growers, provides a much-needed structure for figuring out how to make money on a market garden. It hones in on the core issues of farm success: Which crops to grow, when to plant them, and in what quantities. Then it provides a logical, linear process for getting it all done, on time. It sets out 11 steps. 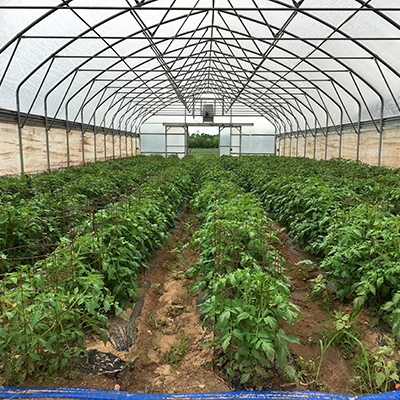 Scheduling crops in the hoophouse

Read More
Planning for Next Year

With the next growing season just around the corner, it's time to begin planning. Choosing varieties, planning crop rotations, planning your field or garden layout, and planning for next year's holidays are all things that can be accomplished during the cold winter months.