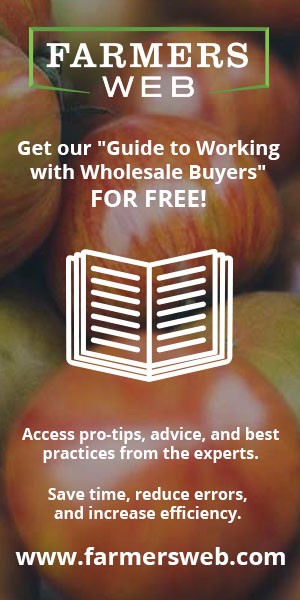 You are here: Home » Free Articles » Piracicaba: a flavorful broccoli that can take the heat

Piracicaba: a flavorful broccoli that can take the heat

It took me years to find, but I finally have a favorite broccoli. I’m actually not a fan of the standard hybrid types; I don’t love their flavor, they take up a lot of space for just one harvest, and ubiquitous as they are, I’m limited in what I can charge for them. So I kept trying all the open-pollinated and non-heading types until I hit on one that I love: Piracicaba.

Piracicaba is a non-heading, open pollinated variety developed at Brazil’s oldest agricultural university and named after the Brazilian city and river. It was developed for heat tolerance, and in California trials it formed heads in temperatures in the 90s.

But heat tolerance is the last of my concerns here at the Oregon coast, and it is also a stellar producer in my climate that rarely tops 80 degrees. In 2017, I planted one rotation in June, started harvesting in July, and finally gave up on it in November when heavy fall rains did it in.

Like other non-heading varieties, Piracicaba starts with a loose central head and follows with abundant, extended harvests of side shoots. The central head is typically a few inches across, though I’ve harvested some that rivaled the hybrids in diameter, if considerably less dense.

Its appearance takes a little getting used to, as the beads are significantly larger and looser than the supermarket standards. But as a cook I love that: it roasts and grills up beautifully and the beads are tender reservoirs for sauce.

It can take a little coaxing to get customers to try it, but those who do almost always come back for more and often say it’s the best broccoli they’ve ever had. I find it is most appealing bunched, and customers often mistake it for Broccolini and readily grab it from my basket.

I typically sell 0.6 pound bunches for $3 ($5 per pound), though I saw it listed online for $7 a pound from a California farm. These bunches fly off the stand and are one of my most popular items. A great selling point is its ease of preparation in the kitchen: its spear shape and tender stem means it can be used whole or quickly and cleanly chopped without waste.

I space Piracicaba plants 18” apart, with two rows in beds five feet on center. It usually begins to head up one to two weeks before Arcadia (which I do still reluctantly grow). Heading is far less concentrated than the hybrids, with the central heads coming in over two to three weeks.

Once that central head is harvested the side shoot production begins, and if I keep them picked it can go on for months. I plant every three or four weeks, and harvest each rotation every four or five days; in the cooler shorter days of fall I drop to once a week.

Each harvest is smaller, but the long-term consistent supply works well for my market garden. I find that to keep a steady supply of hybrid broccoli I need to devote a lot of space to a relatively unprofitable crop. With Piracicaba, I can do fewer plantings, harvest longer, and charge more.

The large, vigorous plants do a good job of shading out weeds once they are established, and pollinators love the stalks that get away from me and go to flower. It’s easy to grow, widely adapted, and open pollinated, so you can grow and save your own seed if you wish.

But the best part? It’s unbelievably delicious. Tender, sweet, and crunchy, I’ve won over more than one broccoli hater (including my husband). It lacks the sulfurous flavor of the Calabrese hybrids and grills up like a dream. It can replace asparagus as easily as broccoli in a recipe, and when I bring it to a potluck it disappears in a flash. It is far more variable in size, density, and harvest window than the hybrids and probably isn’t a great choice for every grower. But at my farm, we’ve found our broccoli and I’m not looking back!

Piracicaba is available from several great seed companies, including Fedco (where I first found it) and Adaptive Seeds (I grew their current seed lot).

Carolina Lees started Corvus Landing Farm in 2010 at the Oregon coast. She and her crew farm two acres of vegetables, providing for the small communities surrounding the farm through farmers markets and a 60-member CSA.